HBPC Providers Are Silver Lining for Patients During Crisis 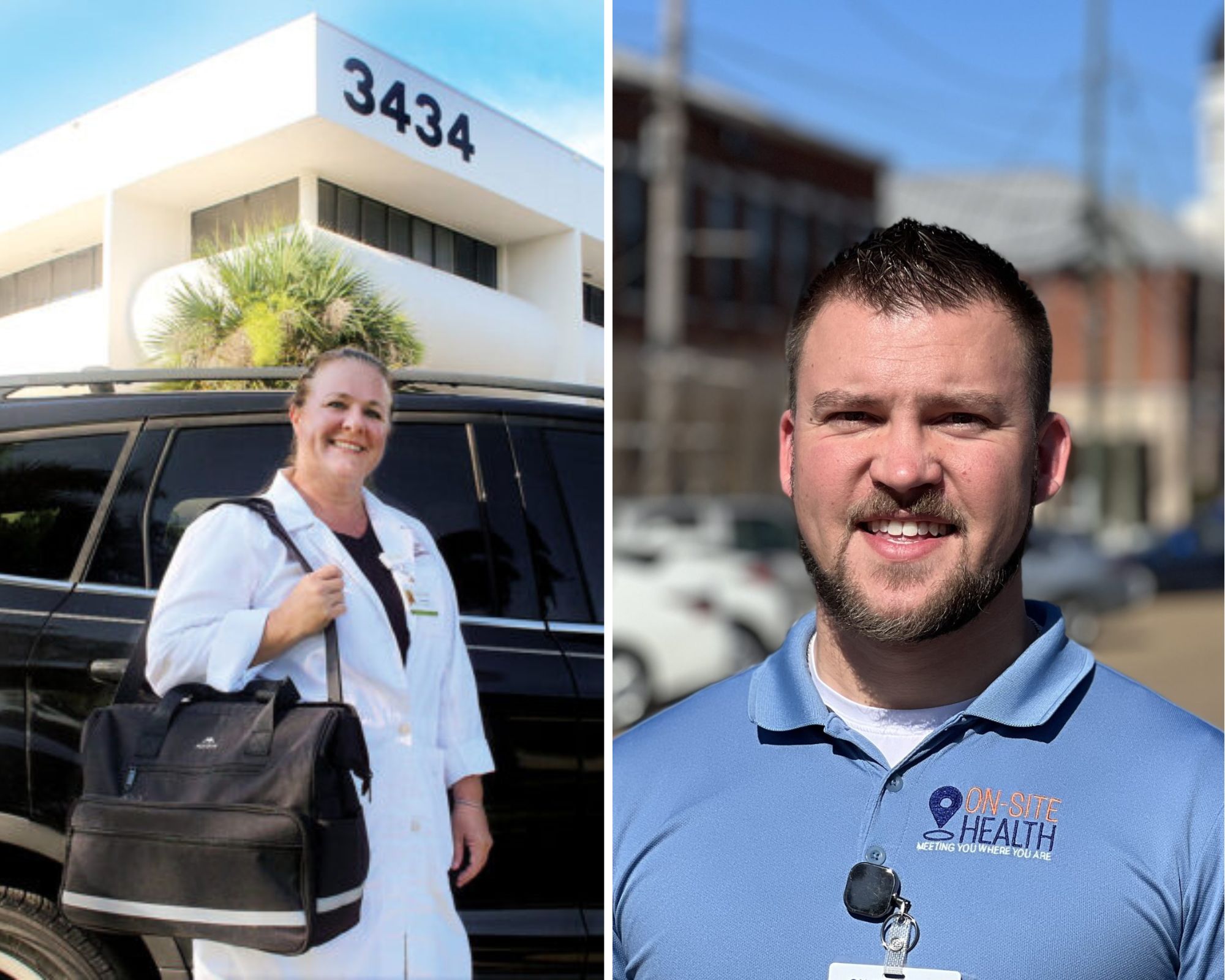 These physicians, nurse practitioners, physician assistants, and others, already put themselves into challenging circumstances by treating homebound patients sometimes in less-than-comfortable surroundings. But, unlike traditional providers, these professionals often continue serving their patients despite whatever Mother Nature throws at them.

Let’s meet a couple who didn’t let recent calamities keep them from their patients.

For Amie Peterson, a nurse practitioner, MSN, APRN-BC, with Millennium Physician Group on Florida’s Southwest coast, home care medicine isn’t just about health. It’s about heart, too. After Hurricane Ian slashed through the Fort Myers area in late September, she saw the impact on her patients and the communities in which they live ─ lives lost, billions in damage, the emotional impact, and more. But she also saw countless examples of compassion and caring.

For house call providers like Peterson, a storm like Ian simply serves to further focus their mission.

“As soon as there’s a weather threat, when we do our [house calls] we ask patients if they have [a] plan,” Peterson said. “Someplace to go, evacuate to, or a family member to stay with if needed. We make sure they have bottles of water, canned food, batteries” as well as contacts for special shelters.

Peterson said she and colleagues lost power when Ian struck, some for more than a week. “But slowly our phones began to come back on and we started calling our patients,” she said.

But the silence from some was crushing.

“There are quite a few we still have not heard from,” Peterson said a few weeks after the storm. “Those are the ones we worry about the most. Maybe they don’t have power to charge their phone? Maybe they lost the charging cord? But our biggest fear is they’re no longer with us.”

She said, “We started seeing patients about five days after the storm.” Those she couldn’t contact by phone she’d visit, “as long as I knew I could get there.” Some islands were unreachable because of collapsed bridges. “I have several patients there and have been in contact with most of them.” One patient was airlifted out after the storm but has since returned home. “She’s not doing well there though,” Peterson said. The island she lives on was destroyed and is still without electricity. “Her generator is running 24/7.” A temporary bridge is now in place, Peterson said. “I’ll take whatever I can with me to try and meet her needs.”

And sometimes, it means holding hands.

“It’s hard to sit with a patient that you’ve been seeing for years, normally a strong person with no concerns other than their chronic issues and watch them cry because they’ve lost their home and have nowhere to [go],” Peterson said. Many become confused and disoriented from anxiety.

As with all medical professions, caring can also mean enduring loss.

One couple had gone silent after the storm passed. “We learned their bodies were found in the rubble of their home,” she said. “I had become close to them. I was devastated. You can get very attached.”

For Peterson, Hurricane Ian was “the most challenging and emotional two weeks of my house call career. I still love what I do and feel like I could have done more and regret that I didn’t. These patients become like family members to us.”

When historic rainfall in August drove Mississippi’s Pearl River into the streets of Jackson, nurse practitioner Greg Tisdale, MSN, FNP-C, (spotlighted previously in HCCInsights), knew that many of his clients would suffer. The flooding drowned the city’s water treatment plant, shutting it down.

Now the city had no drinking water.

Tisdale is a home care provider who operates On-Site Health in Flowood, a suburb of Mississippi’s capital city. Many of his patients live in low-income areas and are homebound or have challenges leaving the home. The city’s water woes complicated their lives, he said.

First came the flooding. “I had to walk through downed trees to get to patients,” he said. “Then came the water crisis.”

Jackson’s water treatment plant has long been having issues, but flooding put it out of commission completely. “The Mississippi National Guard has been delivering water to residents,” Tisdale said. The city has since declared the water drinkable, but most of his patients won’t drink it. “The majority of patients have cases of water by the front door,” he said.

Tisdale, however, has continued seeing his patients in their homes. “I’m still doing my normal things,” he said, “including education and prevention about what dirty water can do.” He said he’s also working to connect patients to resources.

On-Site Health is a growing practice, and one with heart. Tisdale said that during the water crisis he had a physician shadowing him as he made house calls. He said she even left the two bottles of water she had brought for herself with a needy patient.

The conditions, perhaps especially during the crisis, were horrible, Tisdale said.

“I’m not surprised anymore. I’m learning that for a lot of my patients this is their way of life all the time,” said Tisdale. “It’s eye-opening how close to home patients live in such poverty.”

We know that home care providers are frequently on the front lines during crises of all kinds, from extreme weather events and other natural disasters to more localized tragedies. HCCI would like to share providers’ stories of serving during crises. To share your story, please email James Warda, Vice President of External Affairs and Business Development, at jwarda@hccinstitute.org.