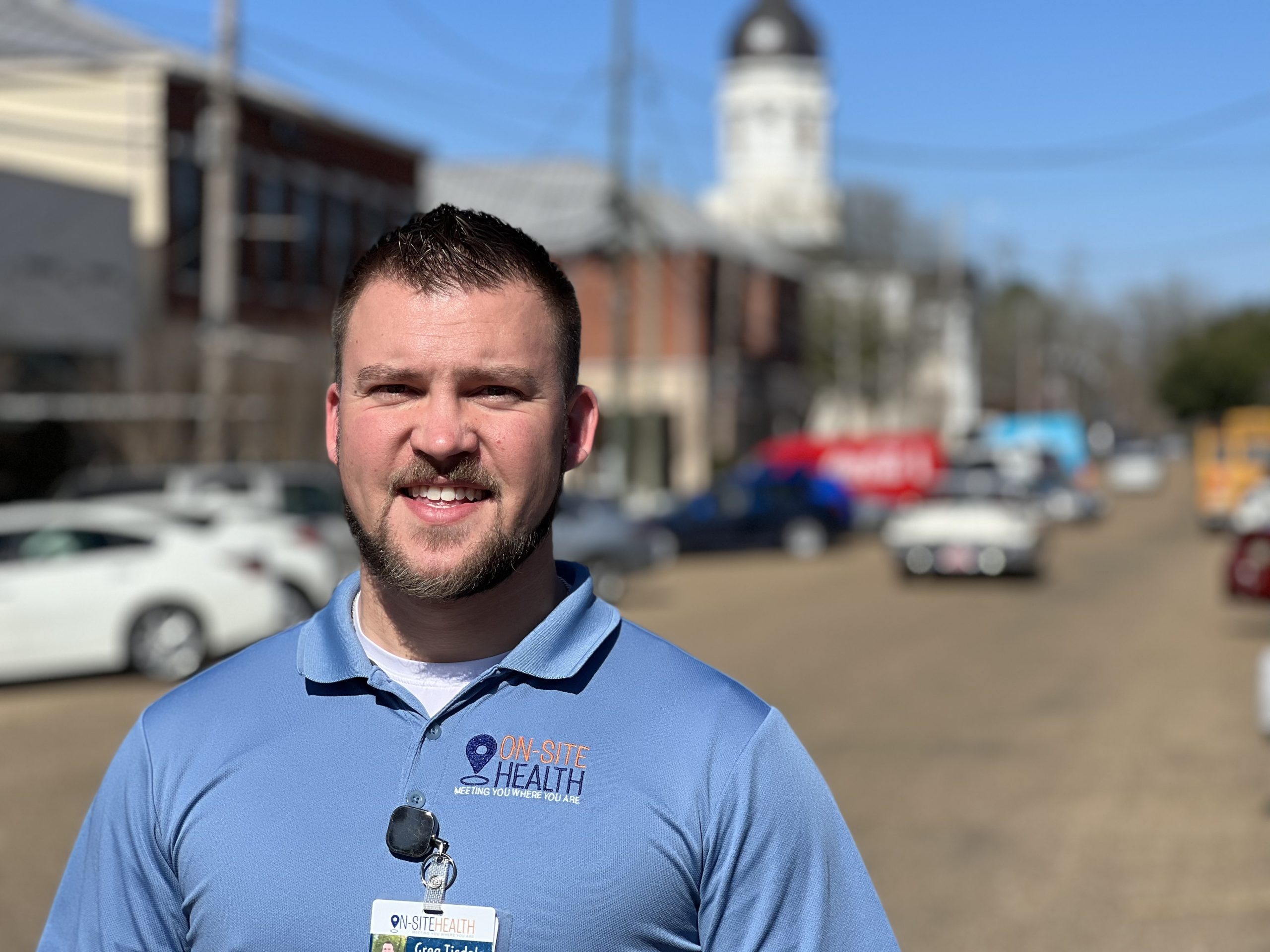 By just about any standard, the Magnolia State is in need of medical intervention: It ranks 50th in health, 49th in preventable hospitalizations, and 48th in access to care.

The causes of Mississippi’s malaise are obvious: It’s first in heart disease, second in Alzheimer’s, and second in diabetes, according to rankings by the U.S. Center for Disease Control and Prevention. But to these issues, Greg Tisdale is bringing a home care solution.

Flowood is a suburb of Jackson, the state’s capital, but that’s not where Tisdale’s patients are. Most reside either in rural areas or Jackson’s poorer neighborhoods.

“I don’t think I have any patients with a Flowood address,” he said. Most are in Jackson, “But I go as far as Yazoo City, a good hour away. I have two patients [there], and it’s a very, very rural area. The biggest portion of the patients I see are in Jackson proper because I have Medicaid referrals.” And, he said, he’s willing to travel into areas others may not be willing to go.

“Most of On-Site Health’s patients are homebound and bed-bound,” Tisdale said. “I’ve gotten two referrals on patients that another provider wouldn’t take on because the patients had ‘a lot going on.’ But all of my patients have a lot going on. I can’t fix everything all at once, but we’ll do one thing at a time.”

Tisdale places much of Mississippi’s health woes on education. So, he works with local organizations and even a nursing school to help provide patient education where he can. And, of course, he works with patients and caregivers.

“I have a patient reliant on a feeding tube. Can’t swallow. When he was discharged, his caregiver was told how to flush his feeding tube. After a couple visits, I noticed the patient wasn’t getting better.”

It turned out she thought “flushing” meant making her husband drink until water came out of the tube clear, according to Tisdale. “She was essentially starving him, dumping all of his digestive enzymes out of his stomach.” That became an opportunity for Tisdale to educate the caregiver to help the patient heal.

Tisdale is building his practice by working with local firms to handle vaccinations and physicals. On-Site Health also recently hired a part-time registered nurse with plans for her to be full-time soon. He’s also added a second nurse practitioner and has taken on care for a memory care unit in a nursing facility.

“I partner with a local nursing school,” he said. “Every Wednesday and Thursday, I have a nursing student with me. Not only does it teach them about the reality of our state’s access to care, but I utilize them to do some basic education with the family.”

In addition, he works with two foundations to do community health events. “I provide vaccines and testing, and they bring in other organizations to offer grant-funded incentives and education,” Tisdale said.

Though his practice is almost exclusively focused on house calls, Tisdale said he needed a “brick-and-mortar practice” to work with some private insurance providers. So, he opened an office. “But … I’m doing it because I have to have a treatment room to be credentialed with one of the insurance providers,” he said. The office will be an administration space.

“If I had a clinic, I could see 40 to 50 people day. If I drive to them, I can see five to eight,” he said. “But my heart is home-based primary care. Home-based care is where the need is.”